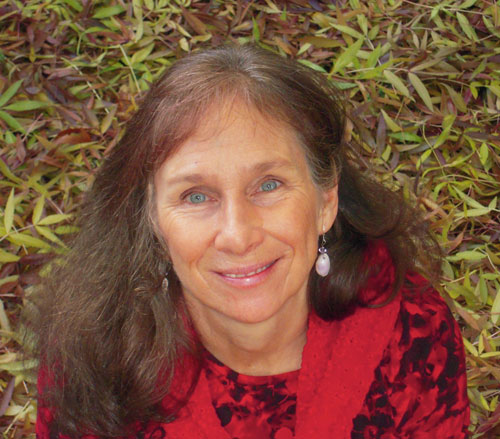 Jean Louise Green became a licensed massage therapist in Hawaii in 1987. In 1991, she completed the Basic Training Program with the Guild for Structural Integration. For two years Jean Louise was mentored by advanced level Rolfer® Sharon Miller.

Green moved to California in 1999 and worked as a Massage Therapist and Structural Integrator at the Chico Sports Club until 2012. She also taught basic and advanced level deep tissue classes at Chico Therapy Wellness Center from 2004-2018.

Her book Structural Integration and Energy Medicine: A Handbook of Advanced Bodywork was published in 2019. In that year Green completed her Advanced Training through the Guild as well.

What is Structural Integration?

The Ida P. Rolf method of Structural Integration is a ten-session series of bodywork that structurally realigns and integrates the human body.  Through the systematic organization of the body’s fascial connective tissue, Structural Integration has the potential to address underlying causes of many people’s physical challenges.

A practitioner applies pressure with their fingers, knuckles or  forearm in the body’s  connective tissues to release knotted areas of strain that compromise the structure and function of the body. The major body segments are  aligned with gravity around a central vertical axis. In this way, the structure and function of the body are optimized within the gravitational field. When strain is removed and segments of the body are balanced, gravity can flow through and become a beneficial force.

“When the body gets working appropriately, the force of gravity can flow through.  Then, the body heals itself.  The unimpeded flow of gravity through a human structure supports and maintains that structure.” -Dr. Ida P. Rolf, biochemist and founder of Structural Integration

Why does a person need Structural Integration?

“Bodies carry their history written within them.” -Dr. Rolf

Clients come for Structural Integration to get relief from all sorts of aches and pains. Muscles get displaced when they are injured.  This creates strained muscular patterns and limitations in movement and function.  Fortunately,  these detrimental patterns can be released and tissues can lengthen once again.

The goal of Structural Integration is to improve the organization of the fascial connective tissue where all the major systems of the body reside. Because all the major systems of the body including the circulatory system, nervous system and digestive system lie within the fascia, easing strain there will help each system function more efficiently. Circulation will flow better; electrical impulses will conduct more efficiently; nutrients can be delivered and wastes removed more effectively; energy levels will rise; and the body can have more freedom of movement. As a result of experiencing the 10-session series, clients often feel transformed—physically, mentally, and/or emotionally.

“Ida P. Rolf was not interested in curing symptoms; she was after bigger game.  She wanted nothing less than to create new, better human beings.  The ills would cure themselves; the symptoms would melt as the organisms became balanced.”  -Rosemary Feitis, a close associate of Dr. Rolf.

Why is Jean Louise Green the person to do your S.I. Work?

Her broad knowledge of body mechanics, nutritional supplementation, meditation, electromagnetic devices and the energetics of the body makes Jean Louise an excellent resource to assist with the healing of the body, mind, emotion and spirit.

What does your Logo mean?

Beneficial life-force energies known as Qi, flow around the body. The force of these energies is electromagnetic and arises out of the gravitational fields in which we live. All living things with roots, paws, or feet derive their life-force energy from the electromagnetic fields of the celestial heavens and the terrestrial Earth. Our bodies are surrounded and penetrated by these energies.

This beneficial life-force energy moves around our body in a doughnut-like shape called a torus. In the film Thrive: What on Earth Will it Take, the energy of a torus is described as: “Energy flows in through one end, circulates around the center, and exits out the other side.” This pattern can be seen in the structure of an atom, in the cross section of an orange, in the magnetic field around the human body around the Earth, and so on, all the way to the galactic level in the shape of spinning galaxies.

We can become aware of these electromagnetic energies when we experience our Line. Imagine a Line that begins in the center of the Earth and runs all the way to the heavens. That same Line runs through the center of one’s feet and legs, up the front side of the spine, through the center of the neck, and out the top of the head as it continues into the heavens. Breath activates this Line. Through this Line, we can experience energetic renewal and personal empowerment by consciously connecting with the larger energy fields of the heavens and Earth that surround us. We call this type of awareness “Being on our Line.”

I believe it is our birthright to have a human body that can be supported, sustained, and nourished by the fields of energy that surround us—if only we know how to access them and allow them to flow through us fully! As Dr. Rolf said, “Rolfers® make a life study of relating bodies and their fields to the earth and its gravity field, and we so organize the body that the gravity field CAN reinforce the body’s energy field. This is our primary concept!”

What is the difference between Rolfing® and Structural Integration?

What should I wear during a Structural Integration session?

Less clothing makes it easier for me to work with the body. For women, I suggest full coverage underwear and a bra/sports bra, or a two-piece bathing suit if preferred. For men, I suggest underwear that is stretchy and not very long. Some boxer underwear are made of a tight knit cotton weave that is very difficult to move around the hips. Stretchy is good. People will be well draped on the treatment table with a sheet and blanket over the areas of the body not being addressed.

Through the effects of Structural Integration, people often experience a lightness in their being that is expressed outwardly as their ten-session series progresses. I love seeing the bright smiles and positive attitudes on the faces of people who earlier had arrived with the grim and sullen looks of those who have been experiencing pain.

As people feel better in their bodies, “emotional turmoil can and does settle,” said Dr. Rolf. “All behavior is expressed through the musculoskeletal system. All function is an expression of structure and form and correlates directly with material structure. A man’s emotional state may be seen as the projection of his structural imbalances.” I have seen panic attacks and depression lift from clients whose bodies balance as they become structurally integrated. “You can change the personality by changing the body and the structure of the body,” said Rolf.”

Green is the author of Structural Integration and Energy Medicine: A Handbook of Advanced Bodywork.

Please click on the purple title of the article below the Lotus Guide cover page to open the article.

Call Jean Louise at (530) 899-7653 to schedule an appointment or use the convenient contact form.